Order My New Book  from Amazon! 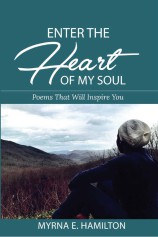 Your Janitorial and Cleaning Needs!

US and Legal News

To schedule an appointment or find out more about the services we offer, please call 662-874-5211 or send us an email.

Read all Memphis news and events.﻿

Assault and Battery — The combination of two violent crimes: assault (the threat of violence) and battery (physical violence). This legal distinction exists only in jurisdictions that distinguish assault as threatened violence rather than actual violence. Often, Assault and Battery are often linked together; however, they are separate legal claims.

Birth Injuries — A birth injury is a trauma to the baby that occurs during the birth process. The injury is generally due to tremendous pressure put upon the baby while passing through the birth canal. The type of injuries and degree of negligence may differ from case to case. Usually, birth injuries occur in situations where a medical professional failed to act or responded inadequately to a complication or medical condition during a birth.

Catastrophic Injuries — Catastrophic injuries are severe physical injuries that require extensive medical treatment and are often long lasting or permanent in nature. These injuries may result from any kind of accident and may affect all body systems.

Exploitation of a Nursing Home Resident — Exploitation takes place when an individual misuses a resident's personal property or funds for his or her own benefit. Often this is done without the owner's consent, through threats, coercion, deception or undue influence. Thus, the resident is taken advantage of.

Licensee — The term licensee is often used in a slip and fall case. A licensee is someone who enters the property of another with the owner's consent. The owner owes such a person a duty to keep the property safe and to warn the licensee of any known dangers. If the landowner fails this duty and the licensee is injured, he or she may have a claim against the owner for those injuries.

Medical Malpractice — Medical malpractice occurs when a doctor, nurse, dentist or other medical/healthcare worker performs his or her duties in a manner that is negligent. This means, the worker's action or non-action does not meet the industry standard of care and, as a result, the patient suffers injury.

Workers' Compensation — Workers compensation refers to benefits given to workers who have been injured during the course of their employment. Employees may receive compensation for costs, such as, lost salary, medical treatment, job rehabilitation and other types of compensation depending on the situation. In return, the employer cannot be sued by the employee for the same injuries/incident. Such benefits are required for all United States workers by state and federal law.

Wrongful Death — A wrongful death claim is a legal action by survivor's of a deceased individual. In order to have such a claim, the loved one's death must have been caused by the wrongful actions of another party. The decedent's loved ones, bringing the claim, may receive monetary compensation for their losses, as determined by the court. Every state has a wrongful death statute; however, the laws may differ greatly.

NOTE: A personal injury attorney can tell you if you have a case worth pursuing, and estimate how much you may be able to receive.